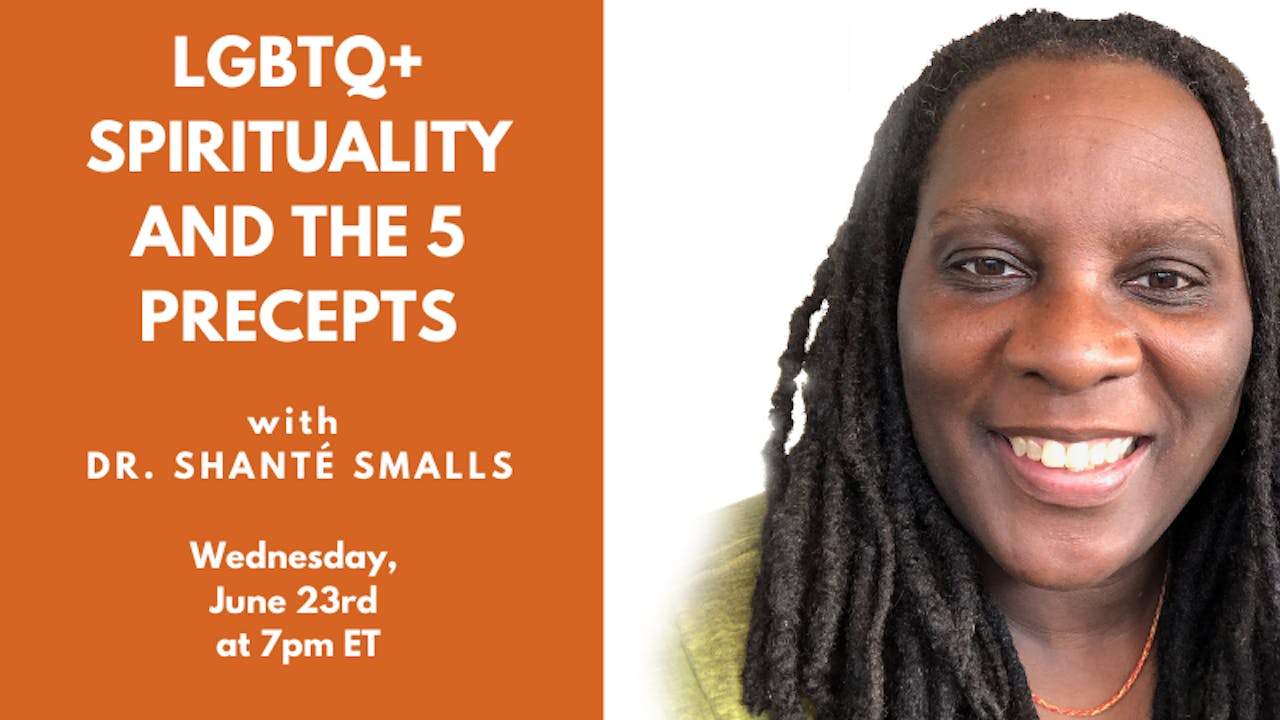 LGBTQ+ Spirituality and the 5 Precepts

In celebration of both LGBTQ+ Pride Month and Black Music Month, this conversation will center on the The Five Precepts. Instead of thinking them in terms of "morality," this talk with tink through the joy, diginity, and celebration that can come with living life ethically and with care. Especially focused on LGBTQ+ and BIPOC, all welcome.