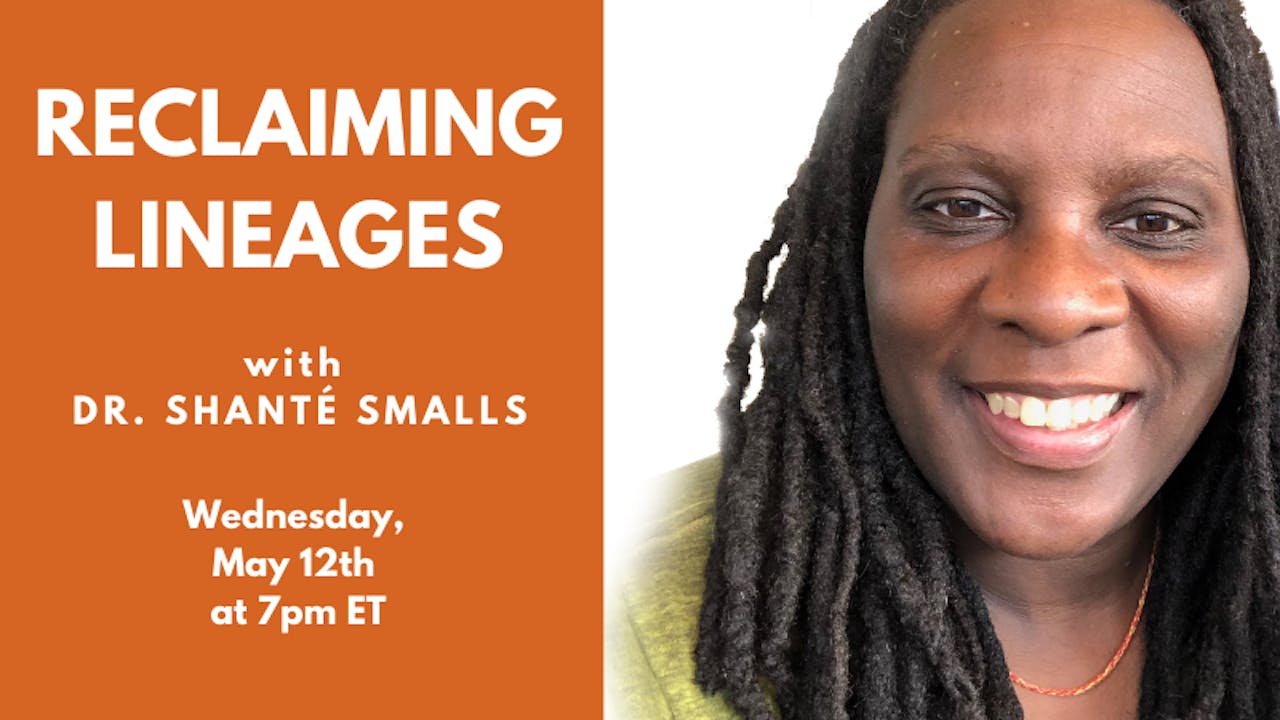 How do we work with our respective lineages whether they are familial, ancestral, spiritual, or other forms of kinship? Can meditation practices aid is in discerning what is useful and what is not in our various lineages? And why is lineage so important in meditation?

Dr. Shanté Paradigm Smalls (They/Them) is a teacher and student in Vajrayana/Tantric Buddhism. They currently study under Lama Rod Owens and Lama Justin von Bujdoss, co-founders of Bhumisparsha. Shanté began studying and practicing Buddhism at age 17 and has practiced in Zen, Sokka Gakkai International, Shambhala, and Bhumisparsa communities. They began on the teaching path in 2009 and were authorized by the Shambhala lineage to teach meditation and buddhadharma in 2015. Shanté is focused on the healing impact of meditation in Black & Indigenous communities, People of Color communities, LGBTQ+ communities, and incarcerated and recovery communities. Shanté is a Teacher on the Liberate App and is a Lead Teacher on Weekly Dharma Gathering, which they co-founded and curate.

Shanté identifies as a Black Indigenous person who is queer and genderqueer. They live on Carnarsie Munsee Lenapehoking Territory (Brooklyn, NY).