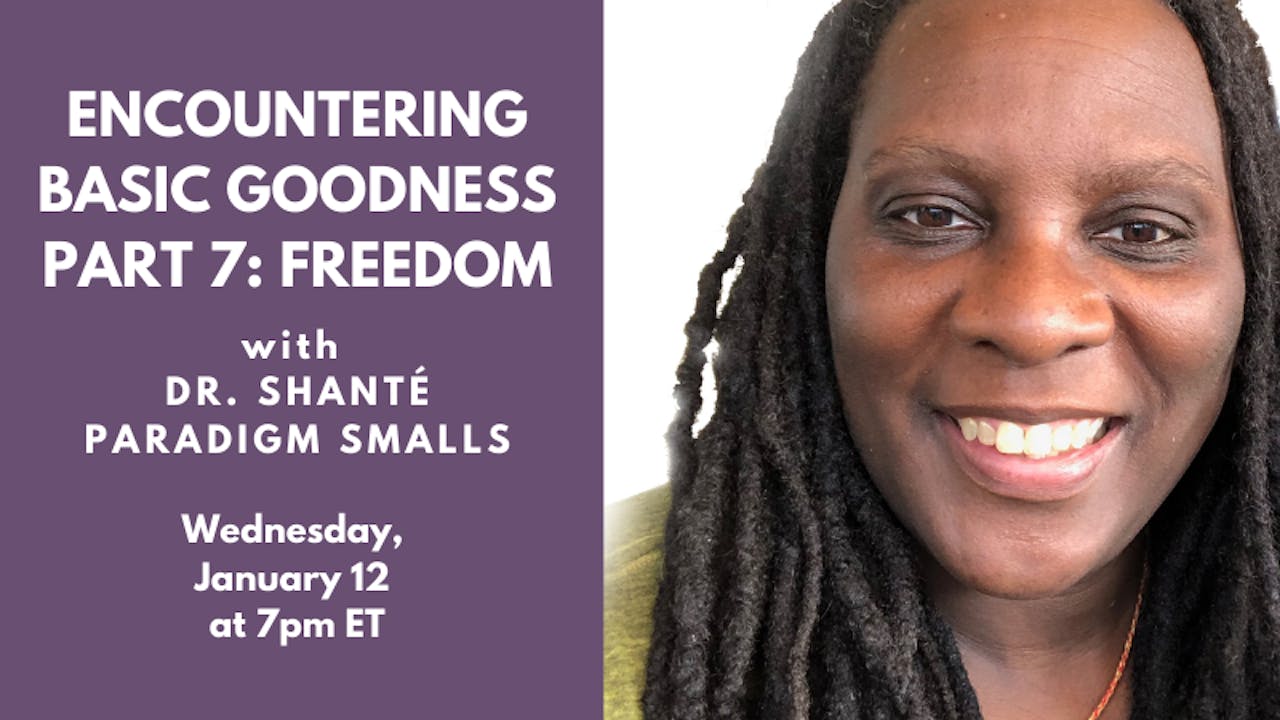 What is the relationship between laziness, freedom, and basic goodness of all things? This talk explores conventional and spiritual "laziness" (obstacles to practice) and how we may experience freedom from habits that keep us small.

Dr. Shanté Paradigm Smalls (They/Them) is a teacher and student in Vajrayana/Tantric Buddhism. They currently study under Lama Rod Owens and Lama Justin von Bujdoss, co-founders of Bhumisparsha. Shanté began studying and practicing Buddhism at age 17 and has practiced in Zen, Sokka Gakkai International, Shambhala, and Bhumisparsa communities. They began on the teaching path in 2009 and were authorized by the Shambhala lineage to teach meditation and buddhadharma in 2015. Shanté is focused on the healing impact of meditation in Black, Indigenous communities, and People of Color communities, LGBTQ+ communities, and incarcerated and recovery communities. Shanté is a Teacher on the Liberate App and is a Lead Teacher on Weekly Dharma Gathering, which they co-founded and curate. Shanté identifies as a Black person descended from enslaved and trafficked African Indigenous people. Shanté is queer and genderqueer. They live on Canarsie Munsee Lenapehoking Territory (Brooklyn, NY).
For my teaching schedule and podcasts/youtube videos, please see: https://linktr.ee/shanteparadigm
Teachers: Lama Rod Owens and Lama Justin von Bujdoss